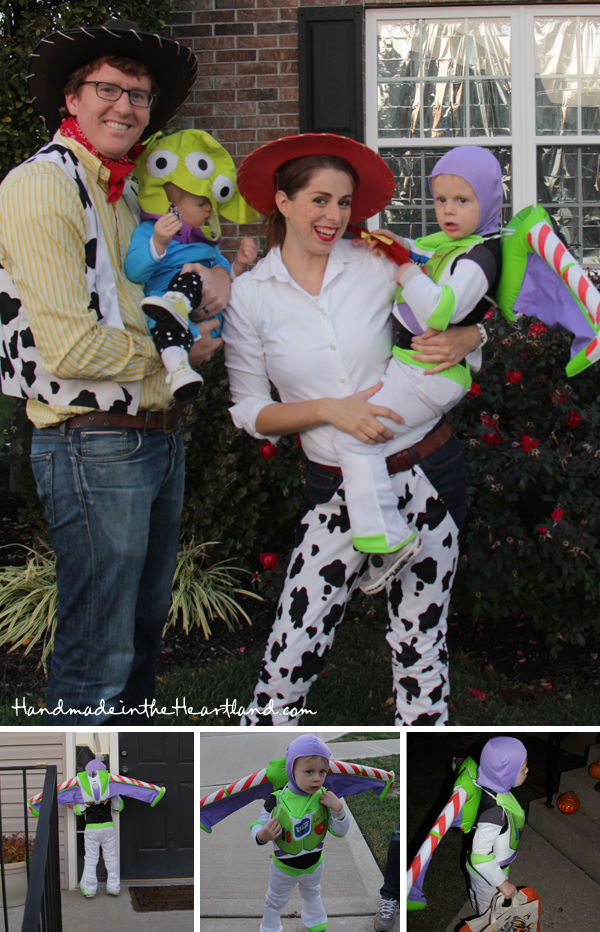 Last night was our first true kid Halloween.  The past two years, although we have dressed, Max hasn’t really understood the whole trick-or-treating concept or even really the idea of dressing up.  It was fun to have a kid who was so excited about his costume that he stayed in character while he was in it, making flying noises and sounds everywhere he went and saying “I’m Buzz Lightyear!”Since Matt and I were also dressed up he referred to us as “Jesse” and “Woody” most of the night.  For example when we were in the car on the way to our friends neighborhood to trick-or-treat he said “Hey Jesse, what are you doin?” June’s costume was super cute (the alien) but she would not keep that hat on for the life of her, oh well, we got a semi-good picture.  I totally coped out and bought the kid costumes- i mean you can’t beat like $20 bucks for the amount of time it would have taken me, but i semi-made Matt and I’s- i made the cow chaps and vest and then we pieced the rest together from things we had.  It was a Halloween success!
Click here to cancel reply.