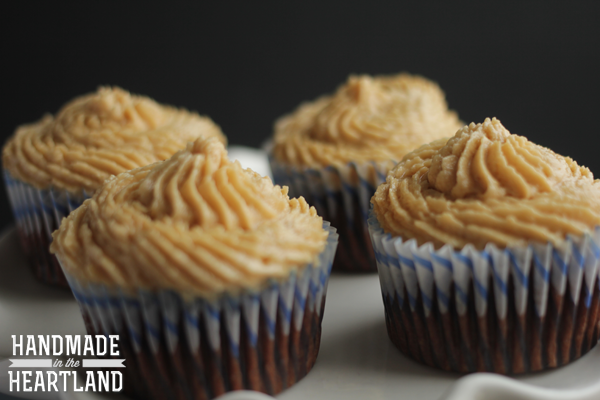 My son Max turned 3 in February and i when i was deciding what kind of cake to make i decided on chocolate and peanut butter because he loves both.  The way the recipe developed was actually kind of a happy accident, i was using my favorite tried and true dark chocolate cake recipe when i realized i was out of eggs, i then googled a substitute and a few different places suggested using mashed banana, and so the best chocolate banana cupcake was born.  I created the icing several years ago when i was taking a cake decorating class and she gave us the formula for making great icing- i substituted the butter for peanut butter and man its like the most delicious icing ever! If you have someone’s birthday coming up or just want some cupcakes because its Tuesday you should def. give these bad boys a try! 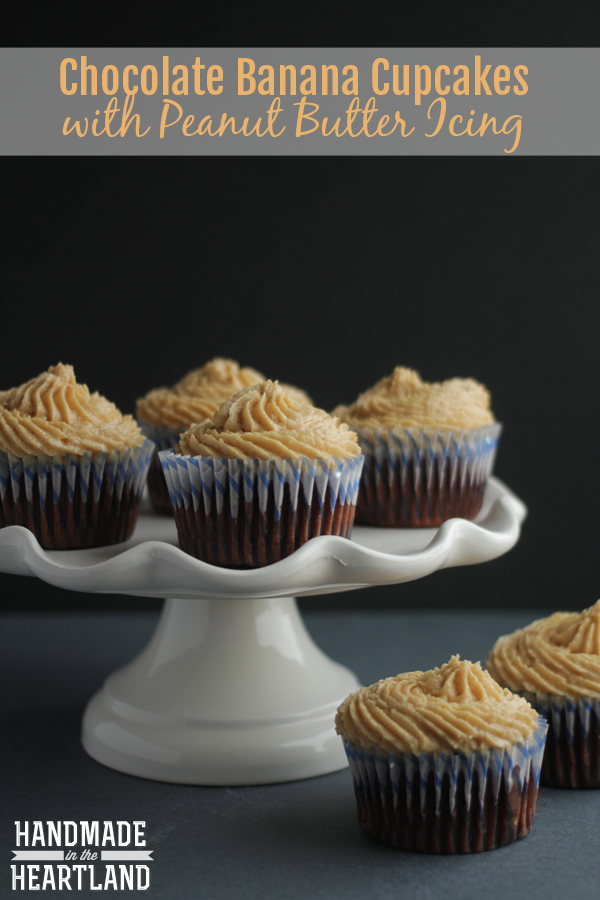 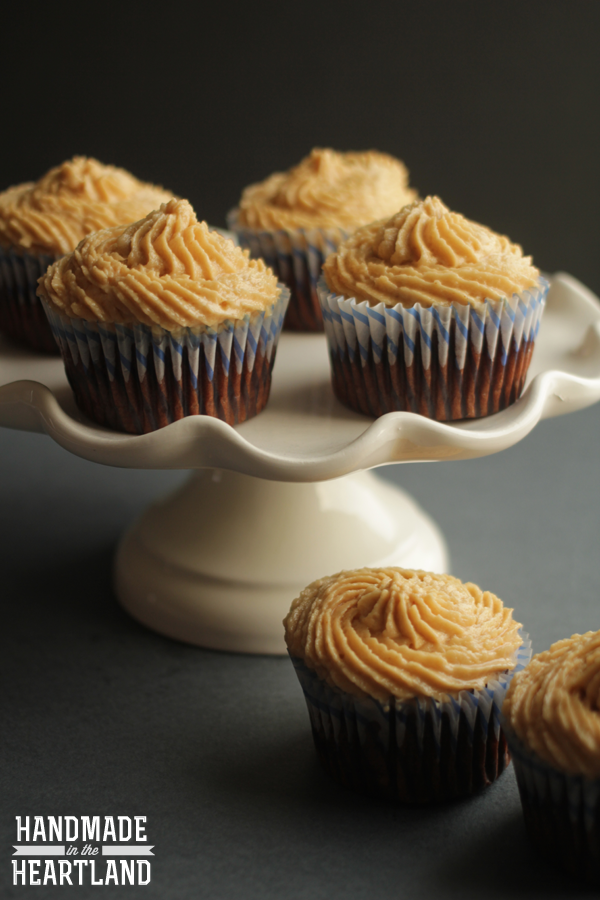 I often cut the recipe in half because a full recipe will frost almost 36 cupcakes!

Place the butter and peanut butter in a large mixing bowl and beat until creamy with no lumps and it is combined. Add 4 cups of the sugar and then the milk and the vanilla extract. Beat until smooth. Gradually add the remaining sugar, 1 cup at a time, until icing is thick enough to be of good spreading consistency, you may not use it all. Use and store icing at room temperature, as icing will set if chilled. It can store in an airtight container up to three days. 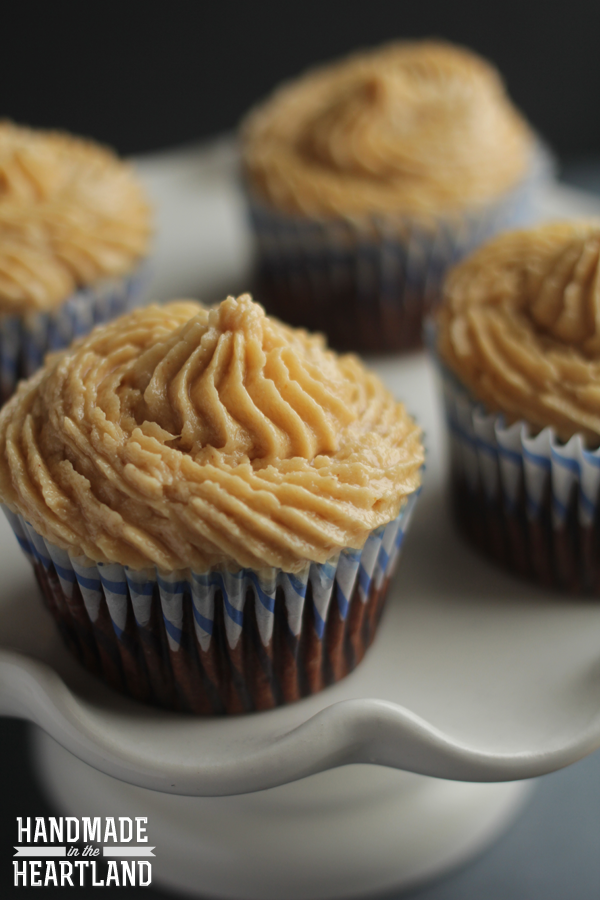