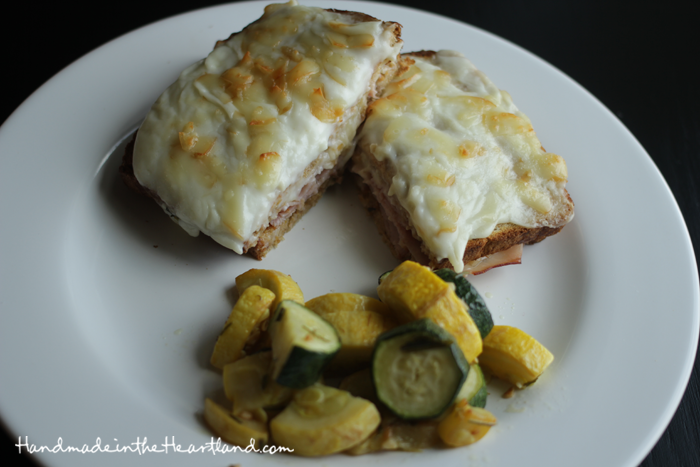 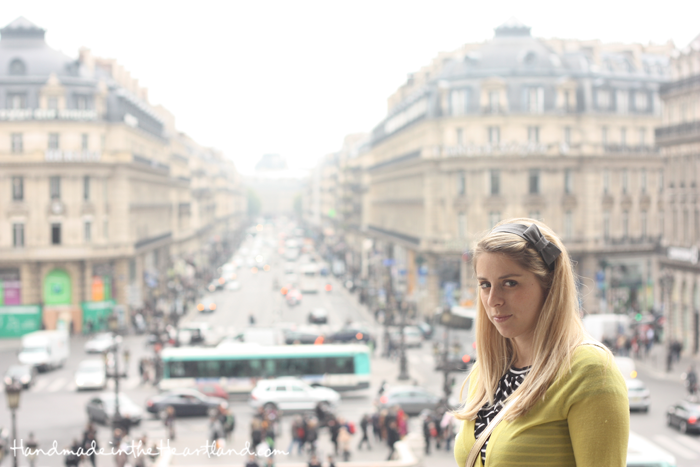 Back in 2010 when i was pregnant with Max, Matt and i went on a babymoon.  For two weeks we traveled around western Europe and had a blast. One of the stops that i most anticipated was Paris.  I had dreamed about going to Paris since i could remember.  Well, i hate to say it but it was actually my least favorite place on the trip.  You can read my whole account HERE.  I think it mostly had to do with the fact that its a pretty confusing city and people are not the kindest.  One thing i did fall in love with was the food, street food, restaurant food & bakeries.  I want to go back and give paris another shot, maybe when it’s not freezing cold and when i’m not pregnant, and make a goal not to buy the wrong ticket at the eiffel tower and walk up 1021 stairs.  One of our favorite things to eat while in Paris was a Croque Monsieur so after coming home i started making them on occasion.  They are great for a saturday lunch or a light dinner.
The other night i made them for dinner with a side of rosemary summer veggies.  It was such a nice light diner. Here is the recipe:
Croque Monsieur
2 tablespoons unsalted butter
2 tablespoons all-pupose flour
1 cup of milk
1/4 cup grated parmesan
2 1/2 cups grated gruyere
8 slices of bread, lightly toasted
1/4 cup dijon mustard
1/2 lb baked ham, thinly sliced
Preheat the oven to 450.
first make the sauce. In a small saucepan over medium heat melt the butter, when the butter starts to foam add the flour.  whisk until thickened, about a minute.  Gradually add the milk whisking until thickened.  Remove from heat and add the parmesan and 1/4 cup of the gruyere and salt and pepper to taste.
Then assemble the sandwiches. Toast the bread and spread dijon mustard on one slice of each sandwich then add the ham, cover with shredded gruyere and then close with the bread.  Add the cheese sauce on top of the bread and the rest of the shredded gruyere to finish it off.
Bake until warmed through about 5 minutes and then broil for 3-5 minutes or until browned. 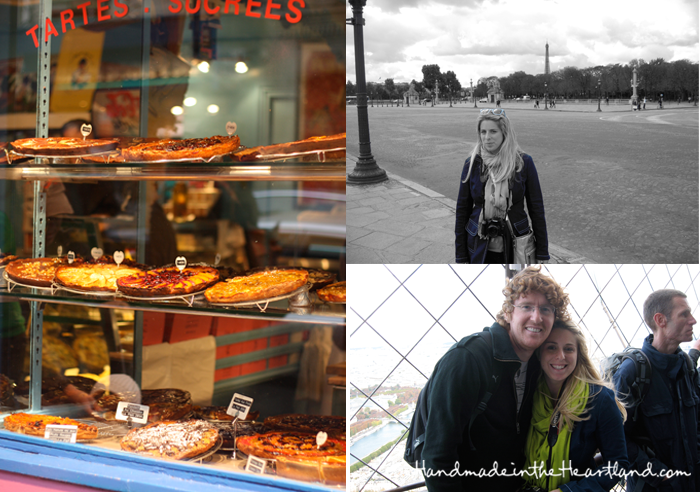 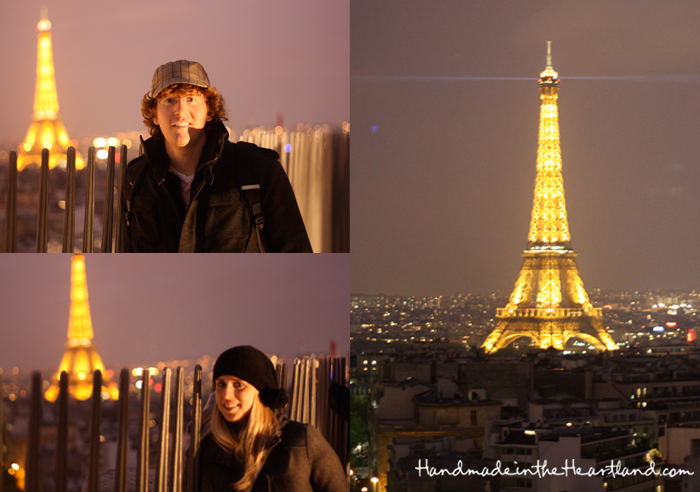