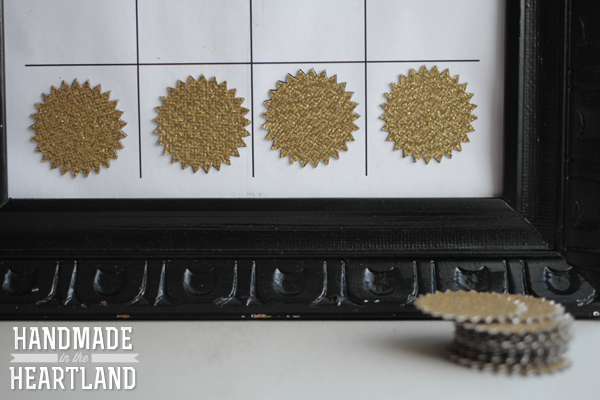 Happy Monday friends, today in Kansas City its not even going to get out of the single digits and the “feels like” temperatures are so low its laughable (-25).  All of my good intentions to go to the gym today are way way out the window, you couldn’t pay me to leave my nice warm home.  So lets just talk about a different new years resolution that is actually getting accomplished today, k? One of my new years resolutions was to create a “point system” or some type of  visual positive reinforcement system for my almost 3 year old, Max.  We know from the botched attempt at potty training a couple of months ago that he is very very motivated by rewards and so in an effort to help him improve his behavior and make more good choices than bad ones i made this chart.  We have only been using it since Saturday but 2 days in and i’m a fan.
To make the actual chart i used the same concept as the magnetic makeup board, you can see that post HERE.  I used a frame found at a thrift store, removed the glass, and cut a thin sheet of metal with tin snips to the size of the frame.  I printed out the graph chart which you can download for free HERE and using double stick tape i adhered it to the metal sheet.  I popped that into the frame and viola, first part done.  To make the magnets i used my awesome silhouette cameo and the silhouette adhesive magnet paper as well as some pretty gold sparkly card stock.  I cut the exact same file out of both materials, my stars have a diameter of 1 1/2″, then i peeled away the magnet paper’s cover paper to expose the adhesive side, matched up the card stock star to the magnet and stuck them together.  I am happy with how the magnets turned out, the paper was easy to use, however if i was wanting for the magnets to actually hold something else up onto the fridge i would be disappointed because it definitely is not strong enough to do so. 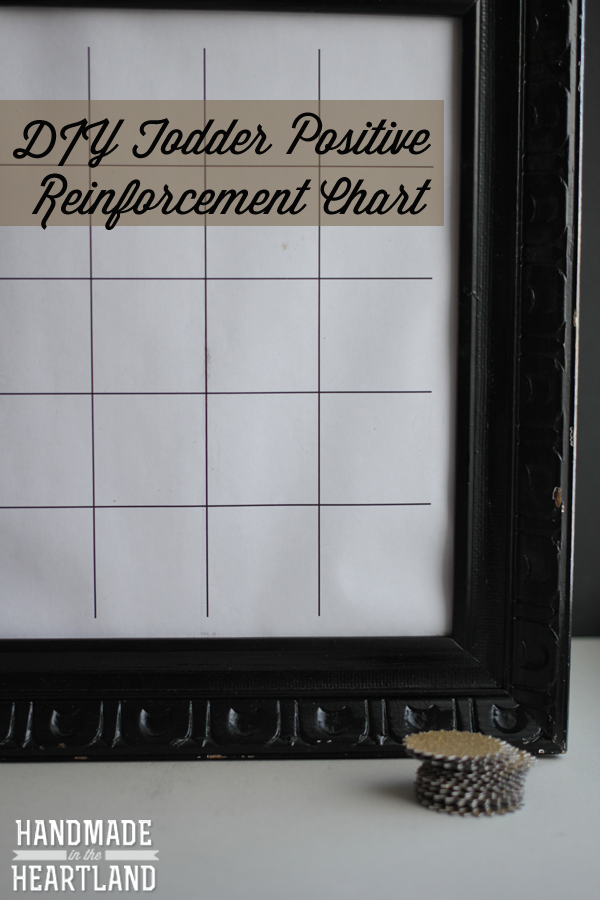 The chart is a pretty simple concept, when Max does something good he gets a star.  I made a simple graph that has spots for 20 stars.  If he does something that’s not ok we remove a star, but sometimes we give him an option on how to earn it back- for example today he knocked his sister down on purpose, so we took a star away but told him if he would say he was sorry and give her a hug he would earn it back.  To motivate him to fill up the chart with stars we told him he would get a special treat at the end of the day.  He caught on so fast, and yesterday was even doing things just to get a star, like at dinner June was out of pears and wanted more and he gave her some of his and then said “oh thats so nice i share, i get a star!” Ok so maybe he’s smarter than we think and was pawning off some of his dinner onto his sister, but still he’s got the point. 🙂
My favorite thing that has happened because of this so far is that it has dramatically improved our bedtime routine, specifically getting pj’s on.  Max loves to run around naked after bath time and we always let him for a good 10-15 minutes, but every night, seriously every single night when we tell him its time to get dressed he freaks out. Its super frustrating for us and just down right annoying.  Well since the start chart appeared it hasn’t been an issue because there has been one last star he has needed to earn to get his special treat (funny how that works, huh?) and to get his treat he has to get his pj’s on without fighting and then go downstairs to be rewarded.  It’s been the easiest 2 nights of our lives! So the reward. I know what you’re thinking, candy before bedtime, you are a terrible parent. Well here’s the thing i don’t really give my kids a lot of sugar during the day, and pretty much no candy, even though after Halloween he realized he loved the stuff.  So now he knows that he gets it at the end of the day if he’s a good kid.  Also its the thing he cares about, i’m pretty sure if the first day the “special treat” was some kind of small toy (which c’mon its going to have to be pretty insignificant because i’m coughin’ up one of these everyday) he wouldn’t be as motivated the next day to get stars.  I’m actually impressed that he didn’t freak out on day 1 or 2 to have the special treat earlier, that he had the patience to earn all the stars and then get the treat, thats an accomplishment for a little guy! I think you have to find what motivates your kid and use that.  I also love this method because i’m not giving a piece of candy every time he does something good- its just a star, so hopefully for potty training in a few months we can use this same method, or close to it. 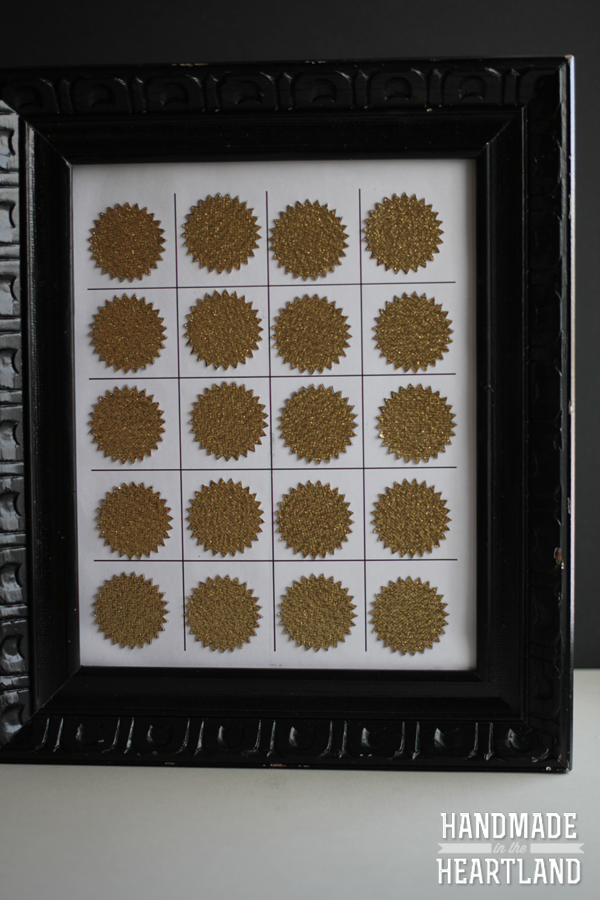 I really wanted to create a system to help me see and reward the positive things that Max does and for him to see it and want to do those things more often.  He earns stars when he says “please” without being told to say please or when he’s just playing nicely with his sister, talking to her and sharing toys, i will praise him by saying something like “Wow Max you are playing so nice with sissy, you are being such a good big brother, thank you, i think you deserve a star for that” and then add a star to the chart.  I really see an improvement in his behavior when i give him lots of positive praise for his good actions.
Another little help we have seen make a big difference is using a timer for things, admittedly he’s a little obsessed with always setting the timer for everything, but it works- for example if he’s playing on the ipad we will set the timer and when it goes off he has to give it back. That being said we have had some issues with tantrums being thrown when the timer goes off, as you can imagine, but the star chart has helped that as well!  So when i set the timer or give him the ipad i say something like “the timer is set, you have 15 minutes to play and when the timer goes off you are going to bring it right over to mom, and then you get a gold star!”  I also remind him one or two times while he is playing that when the timer goes off he needs to bring it right over to mom so he can get a gold star, and it has worked like magic.
Over the past several months Matt and i have kind of been frustrated with the fact that we know he knows how and when he needs obey but he chooses to toss and turn and flail and throw a fit, i know he’s still very young and thats to be expected, and by no means have we totally escaped all tantrums, but we have given him an incentive to have good behavior and it seems to be working well. 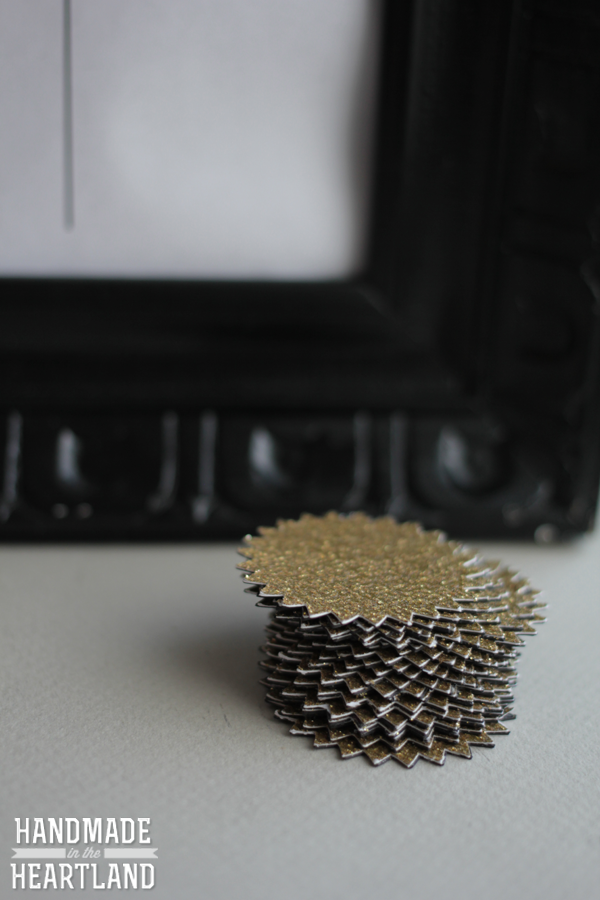 The bottom line is that parenting is hard.  I find that if i’m not on my game and proactive i get worn down pretty easily.  The things that i find to be the most helpful are to be consistent, repetitive and positive. Kids need to know the rules, inevitably so they can push them and you, but there is comfort and safety for our little ones when they know what is expected and how mom will react.  Repetition is just a human necessity, i mean how many times do i need to read the same things to remember them? But repetition for Max reminds him of the consistency and what is expected of him.  Last but most important of all is positivity, to be positive as a parent, dwell on the good things, address the negative ones but let them roll off your back and keep moving; and also to see all their positive actions and to not keep it to yourself but to praise praise praise so that our kids feel important and loved.
What have you done with your small children to help them make good choices and improve their behavior?
Click here to cancel reply.

DIY Magnetic Makeup Board | Handmade in the Heartland