Skip to Content
I was compensated to take time away (3 days) to go on the food farm tour with the Kansas Farm Bureau, Kansas Soybean Association and United Soybean Board. This post is a recap of the tour and all opinions expressed are my own, The Farm Bureau simply took me to see farms but did not in any way press an agenda for what they wanted me to post on my blog, the goal was just to how bloggers how agriculture in the state of Kansas operates. 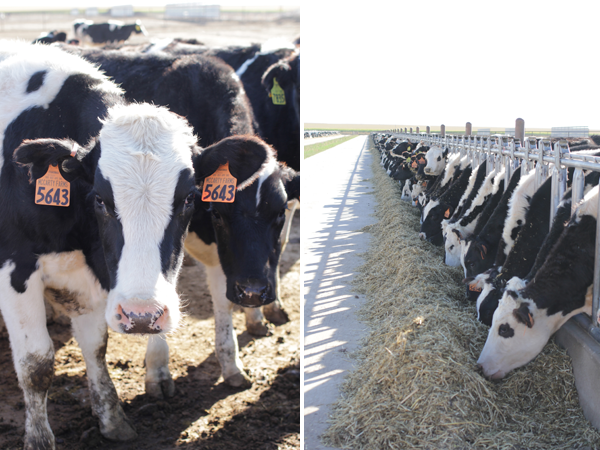 Food. It just might be the most important thing we do everyday, select food and eat. Here in the U.S our options are endless between eat out and eating in, we have every option of cuisine and every ingredient we could ever want on the grocery store shelves.  We love food, as evidenced by pinterest and the many other food sites across the web.  We need food to sustain our life but food is more than that isn’t it? We use food for health, for comfort, for celebrating, for enjoyment. In recent years there has been a movement to know where does this food that we are eating come from? I would say that there is healthy amount of fear going through the American people to make sure to eat the “right” food with the right ingredients on the label- “Organic, Non GMO, Gluten Free, All Natural, etc.”. So where does our food really come from? Is our country being fed food that will kill us? Should we be scared to eat conventionally farmed food?
Last week I went on a farm food tour across the heart of American farm country- Kansas.  The Kansas Farm Bureau, Kansas Soybean Association and United Soybean Board took 7 bloggers across the state to a huge variety of farms and I learned so much about agriculture, food production and farming that I want to share with you.  Today is the first of many “where does your food come from posts that will be coming. There is just way too much information to stuff into one post! Its amazing how many things that I believed before this trip were kind of debunked visiting farms and meeting farmers.

One thing that I realized is that before we believe something about food and start to apply that principle to our diets we should do a little bit more research and find out what science says. For instance many people believe, as I did, that organic produce has more nutrients and in general is healthier for you than conventional produce.  I think most american’s probably think this as well.  The science doesn’t back that up though. Best Food Facts is a great place to go to find what the real studies and science says about such topics, for instance THIS article on organic foods. Even MayClinic says this: “The researchers concluded that organically and conventionally produced foodstuffs are not significantly different in their nutrient content.”  Interesting, right?! The thought that kept coming to me over and over again on my trip was “why did I think that?!”

I’m not saying that this farm tour answered all my questions on food, I have a lot of them, but many of them were answered.  For instance each farm we went to I asked what percent of animals were given antibiotics on their farm, because I was of the belief that conventional farmers fed antibiotics as a precaution to sickness with each animal.  I had obviously heard that antibiotics in our meat and milk are bad and they are transferring to us through those foods.  I was also of the belief that because these farmers fed their animals feed with corn and soy in it that those animals were unable to digest it and it was making them sick, so again animals needed precautionary drugs to combat the unnatural food. This couldn’t be farther from the truth. Well you can imagine my surprise when at each farm after asking the farmers what they fed the animals, which was also some type of feed that includes GMO raised soy, corn, or grain that, and then asking “How many of your animals do you treat with antibiotics?” the answer was always close to 1%.  From what I saw these animals are not sick, they are not being made sick with by the feed they are eating and they are not being mass treated with antibiotics. Why did I think that they were?! 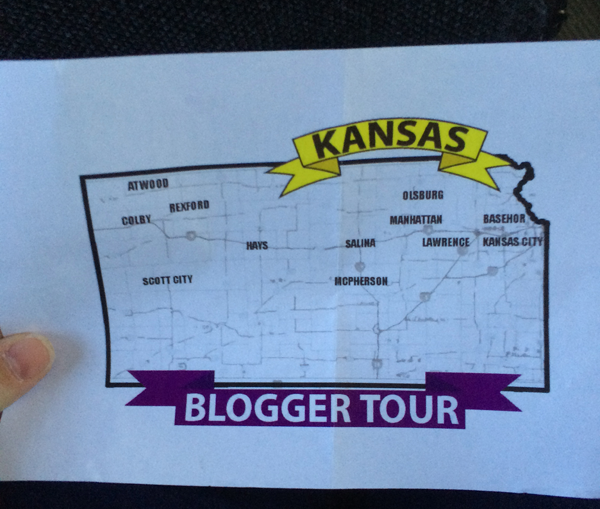 I really enjoyed meeting the families that run each of these farms, kind people that love what they do and do the best possible job.  I asked several of the farmers what the hardest thing about being a farmer was and I got the same answer twice “balancing work and family” I was kind of surprised at how similar that struggle is with so many other working dads who own their own business or have high demand jobs.
We were of course treated to delicious food every single meal of our 3 day trip, stopping at restaurants or farms that create wonderful dishes with locally sourced ingredients. I mean really it was a great 3 days of mom-away time, delicious and entertaining, I felt like a lucky girl!
I also came away with the opinion that GMO’s really aren’t harming us. Thats a big statement, right? I’ll do a follow up post to describe more but you can start by looking into this very large very unbiased study that was done HERE.
What questions do you have about your food? Is there any foods that you don’t eat or do eat because you’ve heard or read something and it scared you? I mean I didn’t eat conventional meat for a year after watching a popular documentary. Did you ever followup trying to find out if it was really true? I’ll be honest I never did followup, I just believed what I heard, because for some reason I don’t think people would lie.  Thats kind of dumb of me, right?

The moral of the story is that there are lots of options of food for us to eat, and really our decisions should be based on facts about food and not just fear.  I’m still doing lots of research and I plan to do a bi-weekly article called “Where your food comes from” to enlighten you more on the things that I learned and what the studies of our food actually say.

I’m still of the opinion that the best food advice I’ve ever received and that has been repeated by countless individuals is Moderation in all things.  Isn’t that the truth? Shouldn’t we have a variety of foods on our plate, shouldn’t we be able to have a cookie and not feel guilty? I think so, I mean if you’ve read this blog for any amount of time you know dessert is my favorite meal. 🙂

I was able to attend the tour with several other local bloggers – be sure to check out social media (search for the hashtag #FarmFoodTour) and their blogs for other recaps and perspectives of the Kansas Farm Food Tour:

And one of the best parts – we get to share a little bit of Kansas with you! Each blogger on the tour gets to give away 1 basket filled with goodies from Kansas (a $100 value), so that’s 7 baskets up for grabs. With goodies such as From the Land of Kansas apron and hand crafted coffee mug, Chocolates from Cocoa Dolce, Wine from Smoky Hill Vineyards and Winery, Chocolate covered soybeans, Soybean writing pen, Kansas Living magazine, Kailey’s Ag Adventure series books, Silpat non-stick baking tray, Miniature lodge cast iron skillet, Mexican Dip Mix from Rabbit Creek, Popcorn from Cashmere Popcorn, Soy candle from Kling Family Orchards, and Salsa from Jose Peppers. Use Rafflecopter below to enter the giveaway, and good luck! Big thanks to Kansas Farm Bureau, Kansas Soybean, and Land of Kansas for sponsoring the tour and giveaway. (Giveaway participants must be 21yrs+ and US Resident) a Rafflecopter giveaway