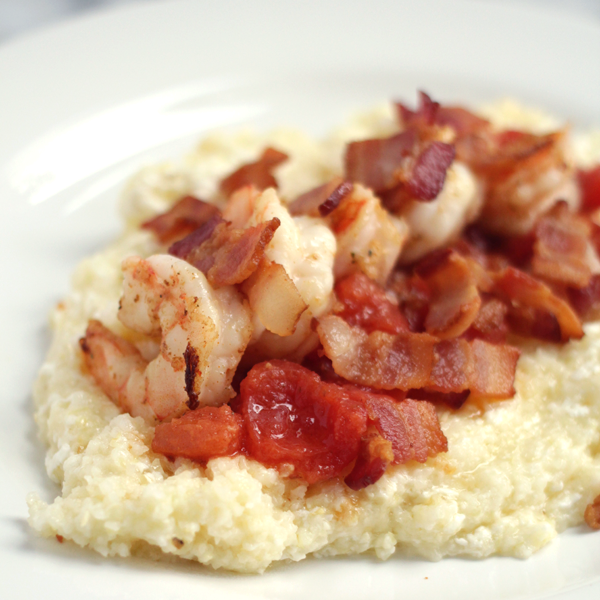 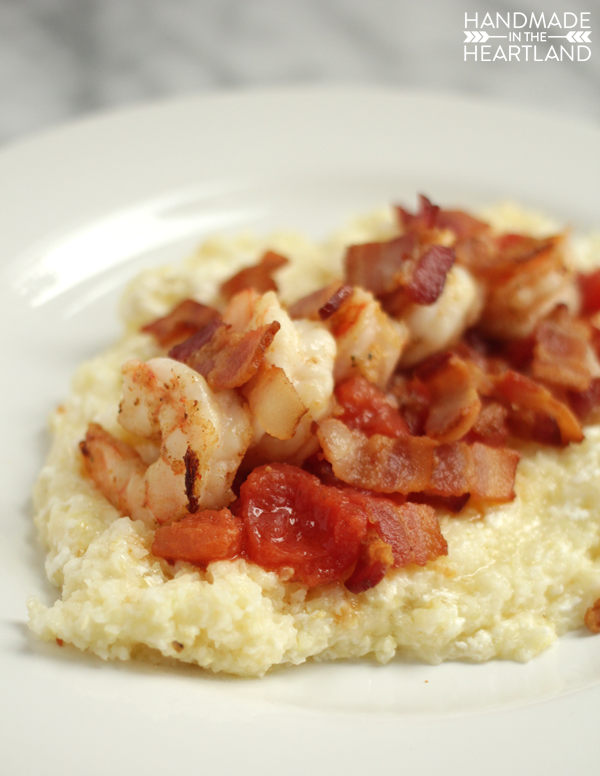 Isn’t it funny how your tastes change as you get older? I like things now that I would have never tried when I was a kid and really not even enjoyed as a younger adult, but now I’m all over it. One of those types of dishes is shrimp and grits. There is a restaurant here in KC called Rye that totally changed my opinion on the dish- their version is like something sent from heaven. Now this recipe isn’t as good as theirs, I’m not sure what they do to create such a dish that I dream about months after I’ve eaten it, but regardless this recipe is good.  Good enough to enjoy at home and feel like you’ve made something a little fancy and a lot tasty. It comes together pretty easily, the only downside is the grits take an hour to cook so you have to have a little bit of time.  If you’re craving it this shrimp and grits with bacon recipe is a keeper! Do you cook seafood often? For some reason I shy away from it even though we all enjoy it. Its a goal of mine to cook more seafood this year.  I was so surprised that my 4 year old downed these shrimp and of course the bacon, he wouldn’t touch the cheesey goodness of the grits but heck, thats just more for me. 🙂 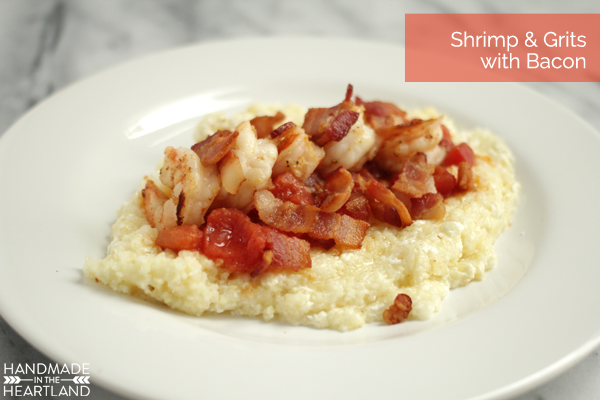 Shrimp and Grits with Bacon 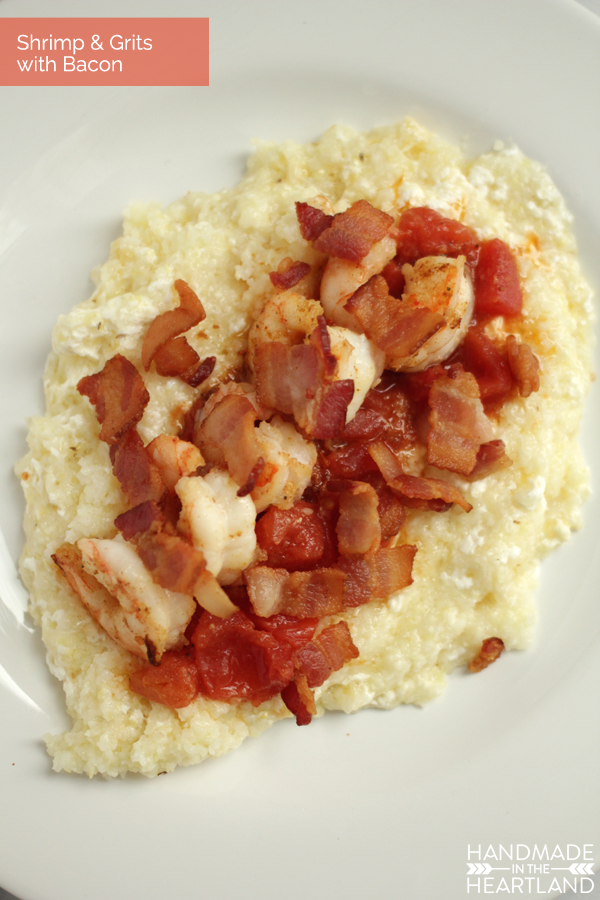 I need to give full credit for these grits to my step-mom Michelle, they are truly delicious southern cheesey grits. They are the only grits I will make, because lets be honest I normally gag at the thought of grits.  But these, these will make a southerner out of anyone. 🙂
If you try this recipe be sure to let me know on instagram (@handmadeintheheartland) or in the comments, I love to hear what you think!