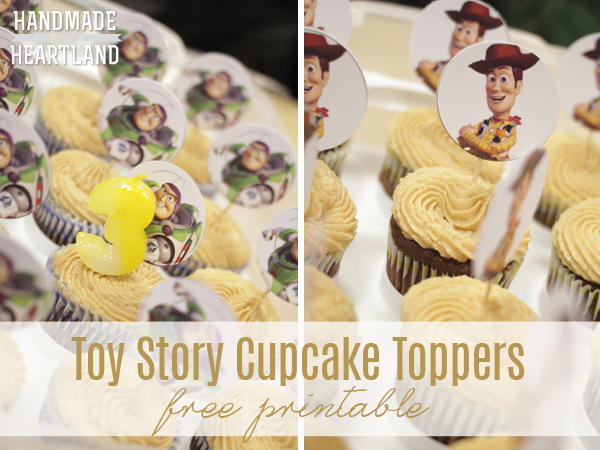 My Max turns 3 today.  I can’t believe how fast the years go by, i remember so vividly 3 years ago when i delivered him and i just can’t really believe its been 3 years.  We love this little man, he makes us laugh everyday and his curious personality is sure to only bring us more happiness as he gets older.  We had a birthday party for him Friday at Chuck-e-Cheese’s, its where he wanted it and honestly it was much easier than throwing a party at my house.
I used Toy Story and did a few theme things like cupcake toppers, party favors and for all the kids that attended the party they put on bandanas like Woody.  It was actually a great idea because chuck-e-cheese’s was actually busier than i expected it to be and it was easy to pick out who was at our party.  I made Buzz and Woody cupcake toppers and you can download them for free HERE. I just printed out 2 circles per cupcake and using double stick tape stuck them together with a toothpick in the middle. 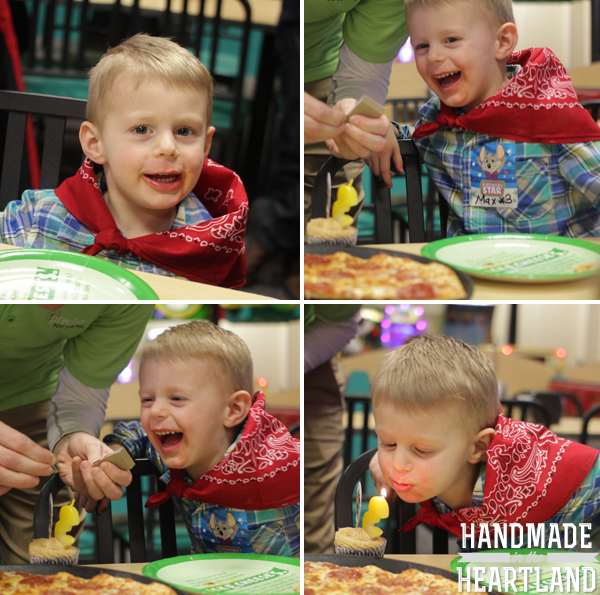 Max had so much fun and jut loved opening his presents, we told him he couldn’t open and play with the toys until we got home so as soon as everything was opened he kept asking to go home so he could play with them all.  In the photos above it was kind of a funny little thing that happened, we didn’t bring matches so they gave us some there and they would not light and all the kids (including Max) thought it was so funny that each match would light for just a second and go out as Matt was trying to light Max’s candle.  (It helped that Matt was making funny voices about the whole thing- what a fun dad) Finally we got the candle lit and started to sing happy birthday to him and he blew out the candle right in the first phrase of the song (i guess i forgot to explain that you blow the candle out at the end of the song), thankfully Matt got it lit again and he got to blow it out again when the song was over. 🙂 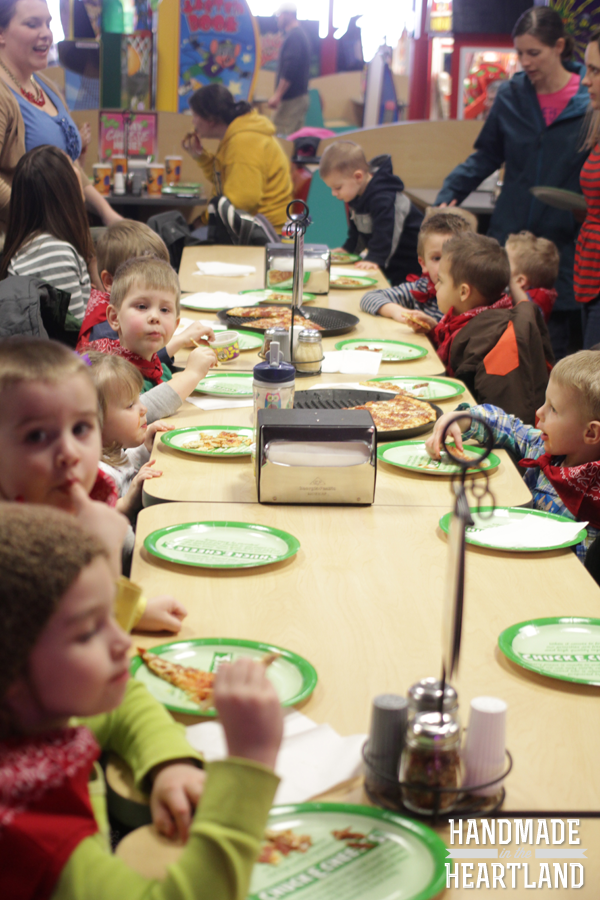 We are so grateful to have so many friends here in Kansas City and kids that Max loves to play with.  It was a fun party, one that i think he’ll be talking about for several months if not longer. For anyone feeling like Chuck-e-Cheese’s parties are a cop out to doing a big extravaganza at your home, i say if its what your kid wants, do it and enjoy the stress-free party this year! 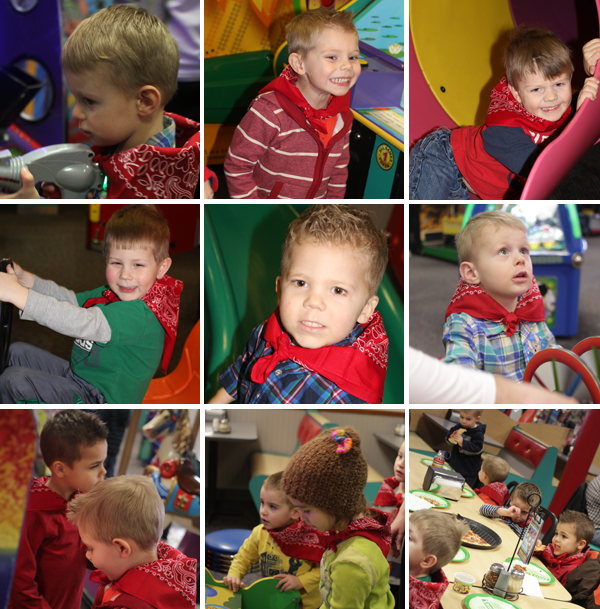 Be sure to check back this week, i did pizza planet cookie favors and they are adorable!
Click here to cancel reply.