Skip to Content
Last Sunday night we arrived home from our 10 day spring vacation.  We live in Kansas City (dead center of the country) and so to get to a beach it takes a while.  The easiest option is of course to fly, however now that Max is 2 we just couldn’t stomach the $1000 in airfare when we could drive and spend $300 in gas.  We did a smaller road trip in February which was good for me to get a feel for how our kids would do in the car as well as what things i would need for the 18 hour each way trip to Florida.  I thought i would post some of the things i did/learned to help out some of you who  might be gearing up for summer vacations!  This post contains affiliate links.

6 Tips for Road Trips with Toddlers

1. Pack a lot of snacks.  I basically rotated between movies, toys & snacks for my 2 year old.  I packed all the snacks in a small plastic bin because i hate when cookies or crackers get crunched in tote bags.  i also packed quite a bit of snacks because i knew we would be at the beach for 5 days and had our return trip.  The hits of the trip were gogo squeeze applesauces, fruit snacks & cookies (of course).  When we needed to eat lunch or dinner we stopped and got Max chicken nuggets (they are pretty easy to eat in the car) and then food from the snack bin. 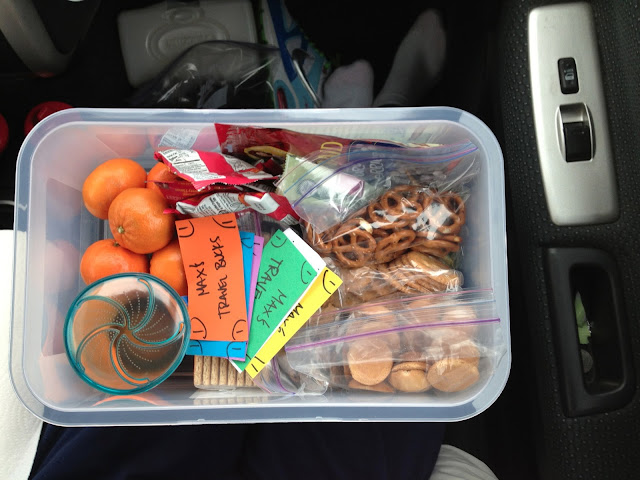 2. Get an Ipad.  Seriously this was our saving grace.  Max loves the ipad, probably a little too much and he can beat me at temple run every time…  We bought THIS headrest display for the ipad (for $10 you can’t go wrong!) and it worked like a dream for movies, also our kid likes to repeat scenes of movies over and over so we used the guided access setting frequently.  We also purchased THESE kid headphones, because as you can see in the picture below, which was taken on our first road trip, dad’s headphones are pretty big.  The kid headphones fit perfect and all the reviews on them were great, however Max would take them off often so we ended up not using them as much as I would have liked, Maybe when he gets a little older he will keep them on so I don’t have to listen to Toy Story or Mosters Inc. 57 times.    Also we don’t have a fancy minivan (yet) so instead of buying a portable dvd player I think the ipad works even better, no dvd’s to have to remember and he can play games when he’s bored of a movie. 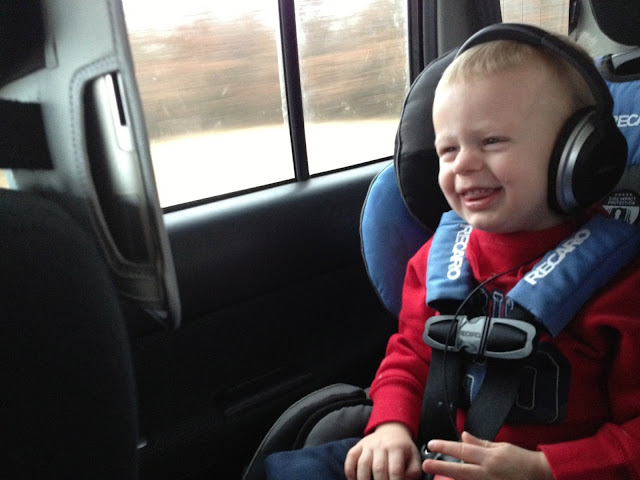 3. Plan fun stops.  We broke this trip up quite a bit.  It was 4 hours to the St.Louis Zoo and then another hour to my grandparents where we spent the night.  Then 4 hours to Nashville where we stayed the night and then 8 hours to Florida.  We stopped at a few different parks to let Max run off some energy- I just searched for parks in the cities that we were driving through on google on my phone.

Here we are at the Zoo 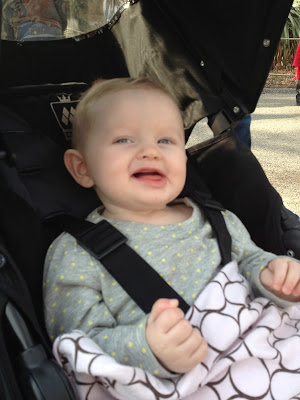 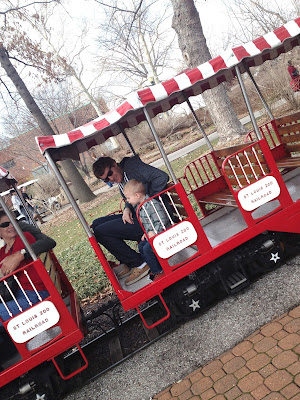 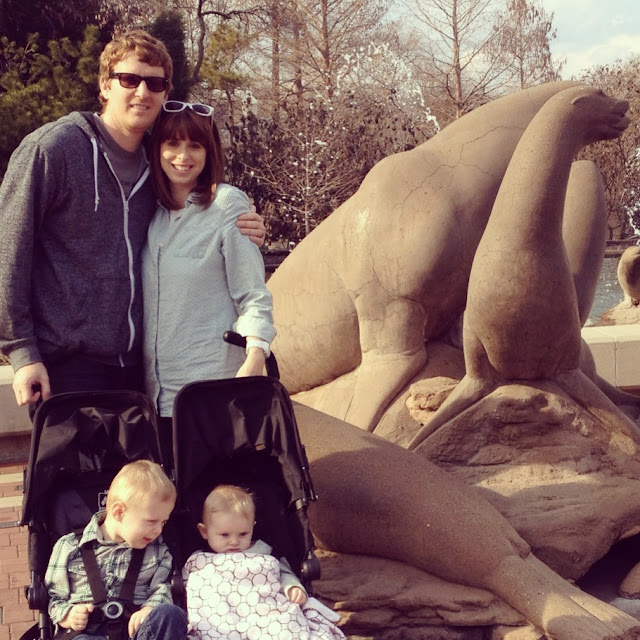 4. Get creative with fresh ideas for your kids.  Max is into movies right now so we got some new movies that he had never seen before.  I also bought some dollar toys that I would pass back when he got bored.  He loves to color so I bought a new color wonder coloring book and that went over pretty well too.  You know what your kids like so I would recommend having a few “new” things to combat boredom. 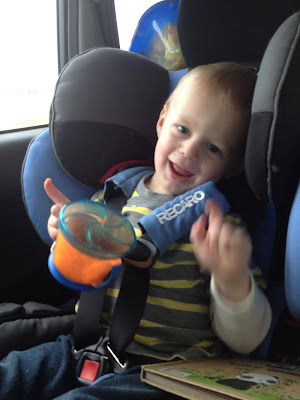 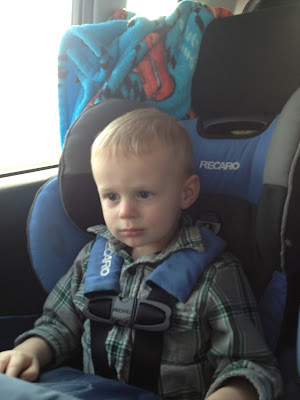 5.  Hope for Sleep. 🙂 We found that even if he was super tired if he had the ipad in his hands or even on with a movie on he would not go to sleep.  He still screams every time he goes down for a nap at home- pounds on the door once and then crashes, so basically he needed to do the same thing in the car.  We would take the ipad away, he would cry, get quiet a few minutes later and then pass out.  For the most part he kept his same nap and nighttime sleep schedule even when we were in the car which was great!

6. Get THIS snack & play tray or THIS one.  It makes worlds of difference when eating, coloring or playing with cars.  I really liked it. 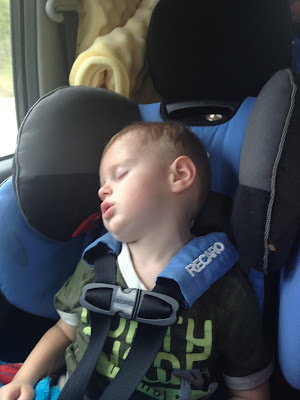 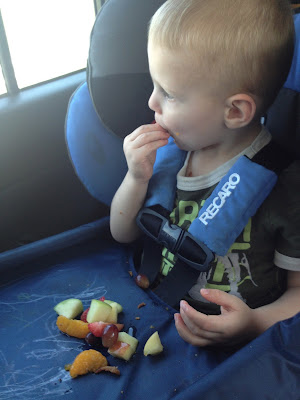 All in all I think we got pretty lucky.  I also have an 8 month old who is at this angel stage where she is pretty much content all the time unless she’s hungry or poopy.  I took a bag of baby toys and would rotate them,  she had a couple different moments of screams telling us she was tired of being in her car seat, but pretty much she slept most of the time and was entertained by watching her big brother next to her the rest of the time.  Keeping Max occupied wasn’t nearly as bad as I thought it was going to be and although it was ALOT of driving, I would do it again, and you’ll see why below….

Need to save these ideas for later? Pin the image below! 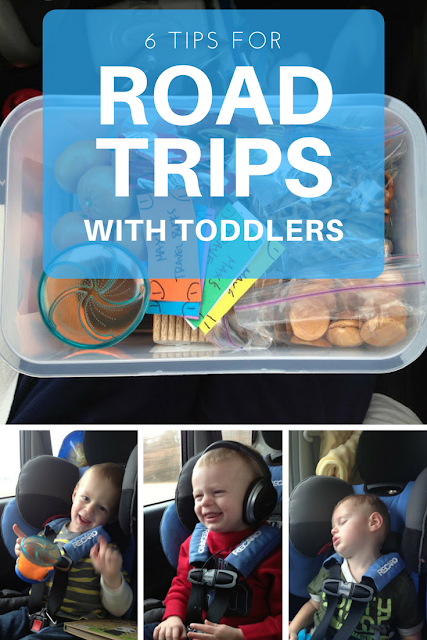 4 Tips for Babies at the Beach

Beach Fun!
So I adore the beach, I have said numerous times that my only qualm with Kansas City is that it’s too far to the beach.  I totally talked my dad into taking us to the beach for my sisters spring break and it was SO fun.  I was a little nervous about the ages of my kids and how they would do and I totally shouldn’t have been, it was great.  Here are some of my tips:

1. Get an Umbrella– look at that adorable baby sleeping away on the beach!  June is 8 months old.  We took a big picnic blanket and toys and let her play while she was awake and then I wrapped her up, walked up and down the beach for a minute or two and she fell asleep to the sound of the waves and then I popped her under the umbrella.  I also purchased THIS baby pool, because I had read another blogger took her baby bath tub and since we had limited room in our car I figured the pool would save space.  In the end we didn’t really use the pool but that’s because we only had 2 good days of weather, I’m certain if we had been able to be at the beach more I def. would have used it. 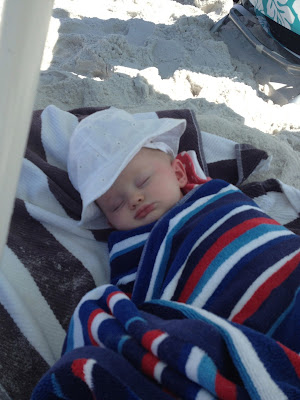 2.  Essential Beach Supplies– sunscreen (obviously) I got the spray kind and then a stick which was great for their faces, hats, coverups, snacks, sand toys to build and dig, bubbles (they were a big hit), all your normal stuff.  Max was so in love with the sand, the water, pretty much everything he just kept running back and forth along the beach. June was also happy with a few toys on a towel, like I said she’s at a super easy age right now so we lucked out. 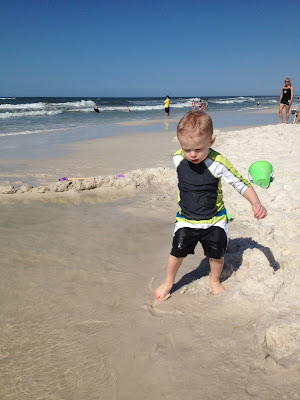 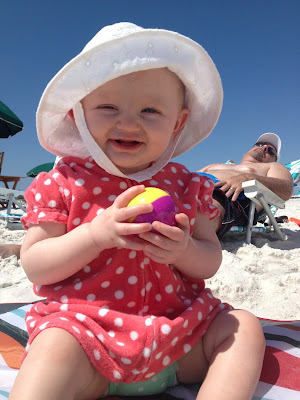 3.  Enjoy the Pool.  Max liked the pool almost more than the beach.  Which was good because it was kind of chilly a few days and the pool was heated so he still got to play in it.  I am IN LOVE with the Puddle Jumper vest. I loved it last summer and I still love it.  Seriously I don’t even have to touch him in the pool it keeps him up and he swims around and is totally independent in the water.  We also took some pool toys that kept him busy. 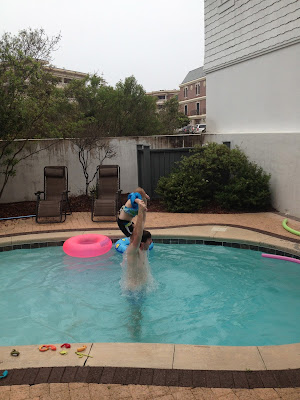 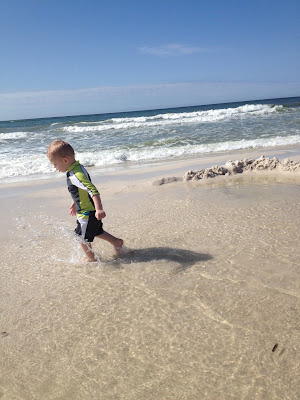 4.  Be prepared for restaurants.  One thing that was stressin me out a little bit was the idea of taking both my kids out to eat for dinners.  I don’t take my kids to restaurants, I feel like if I’m going to spend money on going out I want to enjoy it and not entertain a toddler the whole time, however when your on vacation you can’t avoid it.  Max has a very short attention span and really doesn’t like to sit still for that long, and usually ends up climbing out of the high chair.  However each time we went out I was prepared.  I took a color book and crayons (one of the places we went had the paper on the table to color on and it was a huge hit!), applesauces, THESE tabletoppers that I know each establishment was thankful that we used, his cup, and when all else fails we bribe him with temple run or netflix on our phones.  We made it through multiple restaurant meals without any major incidents, I was pretty shocked. 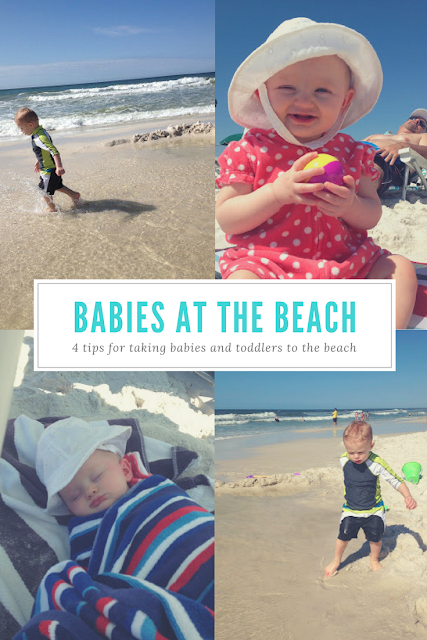 I hope you found some of this helpful.  What your favorite tips for road trips or beach trips with little ones? Let me know in the comments or tag me on Instagram (@HANDMADEINTHEHEARTLAND) OR FACEBOOK!
Click here to cancel reply.